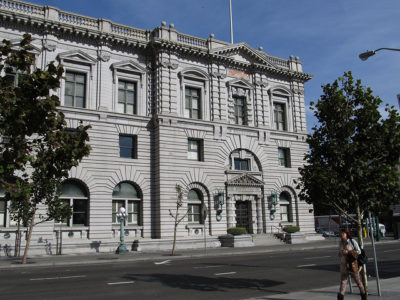 Volokh: Can some people who have finished their felony sentences recover their Second Amendment rights?

Two Pennsylvania men who had been convicted of misdemeanors in the 1990s, but were prohibited from possessing a firearm under federal law, challenged the ban - and won.

Federal law indeed bans gun possession by felons — people who have been convicted of any “crime punishable by imprisonment for a term exceeding one year” (with some exceptions for things such as antitrust violations), except for state crimes that the state calls “misdemeanor[s]” that are “punishable by a term of imprisonment of two years or less.” And this is so even when the actual sentence imposed on the person is very short, likely reflecting the court’s judgment that the actual circumstances of the crime made it not very serious.

This brings us to Daniel Binderup and Julio Suarez. When Binderup was 41 (20 years ago), he had a consensual affair with a 17-year-old girl who worked at his bakery. Pennsylvania, like over half the states, sets the age of consent for sex at 16. (About three-quarters of all states set the age at 16 or 17.) Still, Binderup was convicted of “corrupting a minor,” a misdemeanor that had a maximum term of up to five years, but in this instance led only to a $300 fine plus three years’ probation. Binderup has no subsequent criminal record.

Julio Suarez was convicted in 1990 for carrying a handgun without a license, a misdemeanor punishable by up to three years; but he was sentenced only to a $500 fine plus a suspended sentence of 180 days in jail, followed by a year of probation. (In 1998, he was convicted of misdemeanor drunken driving, but that apparently didn’t carry a long enough potential sentence to count as a felony.) Suarez has apparently led a law-abiding life since then; indeed, he has a federal security clearance (“Secret”).

Binderup and Suarez both challenged the federal ban on their possessing guns, and they just won this morning in the 3rd Circuit (Binderup v. Attorney General). But they won by the barest of margins (the vote was 8 to 7), and the majority opinion supporting their claims was itself split.

Volokh's "quick summary" of the 174-page opinion can be found here.