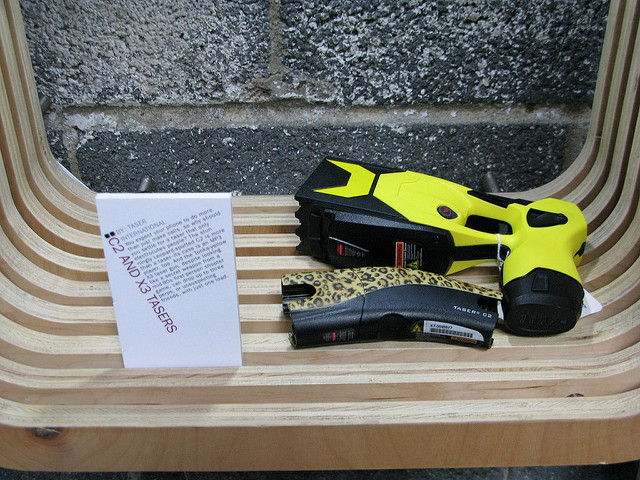 ANNAPOLIS, MD and SACRAMENTO, CA (February 28, 2017) — The City Council of Annapolis, Maryland, responded to a federal Second Amendment civil rights lawsuit backed by Firearms Policy Coalition (FPC) and Firearms Policy Foundation (FPF) by passing an ordinance repealing its total ban on the possession and carry of electronic arms, like Tasers and ‘stun guns’, in a special meeting last night. The ordinance was passed unanimously and the ban was repealed immediately following the vote.

“We’re pleased that the City of Annapolis responded to our lawsuit by repealing its unconstitutional ban on electronic arms,” said Brandon Combs, president of the Coalition and chairman of the Foundation. “Law-abiding Annapolis residents and visitors now have a means of self-defense should they be unable to carry a handgun due to the State of Maryland’s unconstitutional and burdensome carry license scheme.”

Annapolis City Attorney Mike Leahy was reported by the Capital Gazette as saying yesterday that, “Because of the lawsuit brought by this resident and foundation for gun rights, it is rather clear that it is presently ruled by the courts as unconstitutional against people's rights to bear arms. It is highly likely we would lose this (lawsuit).”

“With Annapolis having now conceded the unconstitutionality of its regulations, we look forward to continuing our litigation plan to restore Second Amendment rights in other places where bans on Second Amendment rights exist,” said Stephen Stamboulieh, an attorney for the plaintiffs. Stamboulieh is joined on the case by attorneys Alan Beck of San Diego, California and Leslie Gawlik of Baltimore, Maryland.

“The Second Amendment protects the right of law-abiding people to keep and bear stun guns and Tasers, period,” Combs said after the case was filed in federal district court in December 2016. “Striking down the City’s total ban on electronic self-defense weapons is especially important in a state like Maryland, where acquiring a license to carry a handgun is extremely difficult.”

You can read the city staff report here and new regulations here.

Firearms Policy Coalition (www.firearmspolicy.org) is a 501(c)4 grassroots nonprofit organization.  FPC’s mission is to protect and defend the Constitution of the United States, especially the fundamental, individual Second Amendment right to keep and bear arms.

Firearms Policy Foundation (www.firearmsfoundation.org) is a 501(c)3 nonprofit organization. FPF’s mission is to protect and defend the Constitution of the United States and the People’s rights, privileges and immunities deeply rooted in this Nation’s history and tradition, especially the inalienable, fundamental, and individual right to keep and bear arms.

To support FPF's winning legal action program, you can click here to fund the fight.